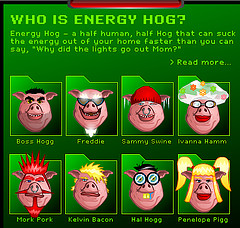 Are you writing and using environmentally friendly software? Have you ever thought of the impact on the environment for the software you’ve written? Working in front of a computer it can be easy to overlook the impact on the environment due to what were creating. It’s not like drinking a beverage out of a styrofoam cup (they don’t break down). But, there is an impact. As Internet usage grows in leaps and bounds we need to start taking a closer look at that impact and doing something about it.

Why Performance Is Green

Why did Facebook start using Hip-Hop? According to their blog,

With HipHop we've reduced the CPU usage on our Web servers on average by about fifty percent, depending on the page. Less CPU means fewer servers, which means less overhead.

When we have less servers we use less power, we need less space in buildings, less servers need to be built for our tasks and our overall footprint is smaller.

Think about it like this. We buy energy efficient appliances, we talk about turning lights off when we aren’t using them, we look at energy efficient cars, and we think about being environmentally conscious. So, why not extend this to what powers our websites.

Open Source Has A Major Impact

The Danger of Premature Optimization

Energy Star is an international standard for energy efficient consumer products. What if we had something like this for the software that powered websites?

Imagine if phpBB had an energy star like label. Not only would you know it was energy efficient but you would know that it will cost you less to use it than an alternative not designed to perform.

As the world uses the Internet more and more we need to start thinking about the impact of our websites. Software that performs better uses less resources and has a smaller impact. Its time we start to take that into account in mass.