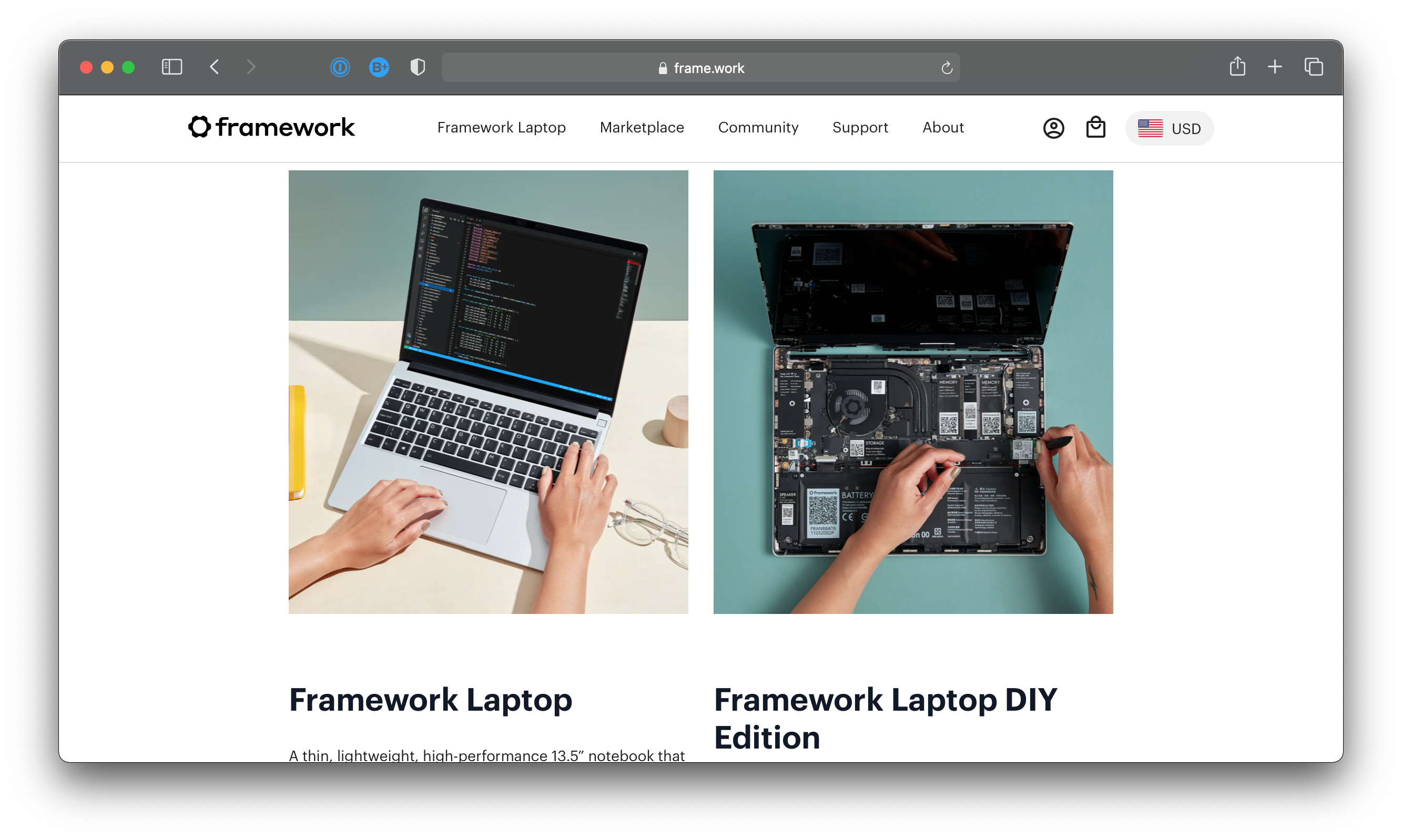 It was time to replace my 7 year old Macbook Pro. Two cores running the latest macOS was not longer capable of easily doing everything I threw at it. Instead of buying another Macbook Pro I went a different route. After close to 20 years of having a personal Mac laptop, I switched to a Framework laptop. This is the reasoning behind the move.

Framework is a new laptop from a new manufacturer. Framework is a repairable and customizable laptop you can work on yourself. iFixit gave the Framework laptop a 10/10 repairability score.

You might be thinking, Apple recently announced repair plans for their laptops. Did I consider this? That was considered. Apple’s plans appear to be based on shareholder motions around repairability and the early details make it sound difficult, tightly controlled, and expensive. Ick.

What’s interesting about a Framework laptop is the feeling of ownership. With Apple products I often feel like Apple is in control. They hold the power to control the machine, process around changes to it, and the support process. Do I own an Apple laptop or am I just leasing it? Ownership is becoming muddy as manufacturers are exerting more and more control over things I’ve purchased. With Framework I’m in control.

My Needs And Desires

My needs in a laptop are for something slim and portable. I don’t need to quickly compile a large or complicated codebase in a laptop. If I want that, I’ll use a powerful tower with many processing cores and threads.

My primary tasks are writing documents, working on simple codebases, watching videos, and using the web.

I also want a computer that’s rapairable. In my life I’ve worked on cars, lawn mowers, boats, home electrical and plumbing, construction, and my own tower computers. Many years ago I worked on my own laptops. Being able to repair things and repurpose them is great for cutting down on e-waste and extending the life of something. I would rather spend time fixing something than binge watching another crappy TV show.

The hardware is only part of the picture. More post will follow that cover my configuration and the software I’m using in place of MacOS.